So many institutions have their heads in the sand, but if they create true international partnerships, they can reap great rewards, says Hugh Martin

Last month, I was at the University of Glasgow to attend the spring conference of the Association of Heads of University Administration, the representative body for senior university leaders (chief operating officers, registrars, university secretaries, deputy/pro vice-chancellors of administration and more), with more than 190 members from 140 institutions.

I was grateful in current circumstances to meet up in person and plug back into a network that I value greatly, especially being based overseas. They say absence makes the heart grow fonder; maybe distance does, too.

But distance also provides a different perspective, a change of focal point.

A useful demonstration of this came in one of the sponsor sessions at the Glasgow conference. The dire warnings from legal colleagues about increased/increasing regulation for higher education institutions (HEIs) were timely and informative. But the discussion around them was surprising in its complete concentration on a perception, indeed an acceptance, that this was the state of affairs for all, and no leeway could, should or would be shown.

I’ve lost count of the number of times I’ve bounced MoUs/MoAs/contracts because their legal teams have added cover-all clauses for GDPR, data protection, freedom of speech, freedom of information, equality and diversity, human rights and so on. To be clear, this is not because I agree or disagree with any of these on principle but because UK and EU laws simply don’t hold legal weight outside those jurisdictions.

If you keep pushing your would-be international partners into agreements that they cannot sign, the likelihood is we’ll just find other partners in places that are easier to deal with. The days of the WEIRD bias – in which all other societies look westward – aren’t numbered; they’ve already passed.

Just look at how long India has resisted approaches from outside, both from governments and directly from foreign HEIs themselves. That situation may finally be easing with the Indian University Grants Commission’s recent announcement, but we’ve heard similar for the past five years, so don’t expect rapid change there, especially with an HE sector in Putin’s increasingly isolated Russia desperately looking around for new partners.

Elsewhere, others feel different pinches or see additional opportunities outside WEIRD countries. For example, Australia and New Zealand have been locked in existential, as well as practical, discussions about their reliance on and prejudices towards/against Asian, and specifically Chinese, students. Top universities in Mexico, Chile, Colombia and Brazil are turning their partnership attention to the Middle and Far East. The HE powerhouses in South Africa increasingly look at strengthening ties with institutions in West and East Africa. Here in the Gulf Cooperation Council (GCC), we’re enjoying a post-Brexit dividend from European universities approaching us for student exchange discussions – an entirely foreseeable (and foreseen) consequence of the UK government’s disastrous withdrawal from the Erasmus+ programme.

Furthermore, it might indeed be fine to place “the student experience” at the heart of everything universities do, except we should appreciate that in some universities, there is no student experience as it might be recognised in the UK or other WEIRD countries. In many places, students’ unions don’t exist (likewise trades unions for staff) and the “experience” the students want is to graduate with the best degree possible for the highest-paid job they can get.

Again, I’m not commenting on the rights and wrongs of this. I made it clear in my TED talk that, personally, I disagree with the idea – widely touted by right-wing, populist governments (invariably those Old Etonians with Oxbridge degrees who now perversely flog the anti-knowledge agenda) – that the role of universities is to create “job ready” graduates. I’m just alive to the realities and variations of working in universities in different countries, with different systems, different priorities and different assumptions about quality, value and mission.

Essentially, universities need greater flexibility and agility to work within and around different systems in international education, whether they are legal, curricula, regulatory, governmental or even social and cultural. Somehow, we need to contain multitudes, to crib Whitman.

True partnerships provide an opportunity to tackle this. I’m not wild about branch campuses, but when two institutions approach each other on an equal footing, the WEIRD dynamic takes a back seat. Student mobility used to be one way: towards WEIRD from everywhere else. Now students see value in more than a term or semester abroad. Did you undergrad in the UK? Do your master’s in Malaysia. It’s not just your CV that will benefit.

Researchers have always known the benefit of working alongside their partners in-country; imbalances in funding remain between the largely wealthy and supported WEIRD university systems and the rest of the world, but research intensity no longer applies just to the West.

Interdisciplinarity has made for some hard conversations among colleagues in seemingly incongruous subjects, but where we’ve prevailed against those challenges, we’ve seen remarkable initiatives. So, let’s apply the same tactics to working with international, non-WEIRD institutions; persevere in those discussions and you’ll reap surprising benefits that will open minds as well as broaden knowledge.

Hugh Martin is the registrar and chief administrative officer at the British University in Dubai. 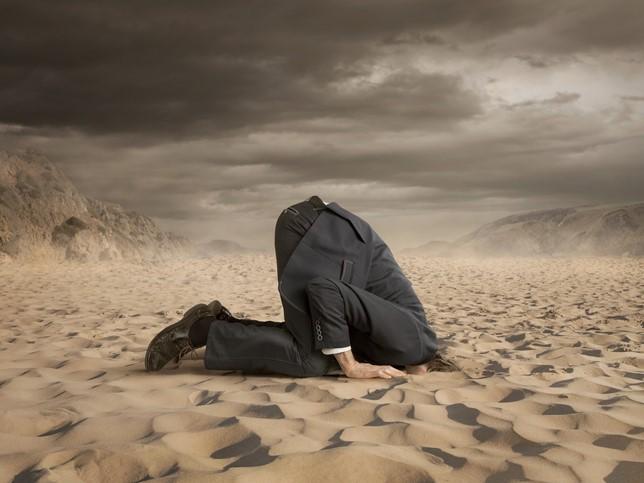