The non-stop six-hour flight to Vienna, popularly known as the ‘City of Music’, will initially operate four times a week, on Sundays, Wednesdays, Fridays and Saturdays, and will increase to daily flights starting mid-December.

Adel Al Ali, Group Chief Executive Officer, Air Arabia, said: “We are pleased to announce the new route from Sharjah to Vienna, one of Europe's leading cultural and economic centres. This new service linking the two cities will further strengthen the trade and tourism ties between both nations, while providing our leisure and business travelers with a new choice for value-for-money air travel.”

Vienna is one of the world’s most dynamic and culturally rich cities boasting baroque architecture, museums and art galleries. Vienna has been synonymous with music for centuries, and was home to Mozart, Beethoven, Schubert and Johann Strauss. It is famous for its cultural events, coffee houses and the very special Viennese charm.

Air Arabia currently operates flights to more than 170 routes across the globe from four hubs located in the Middle East and North Africa. 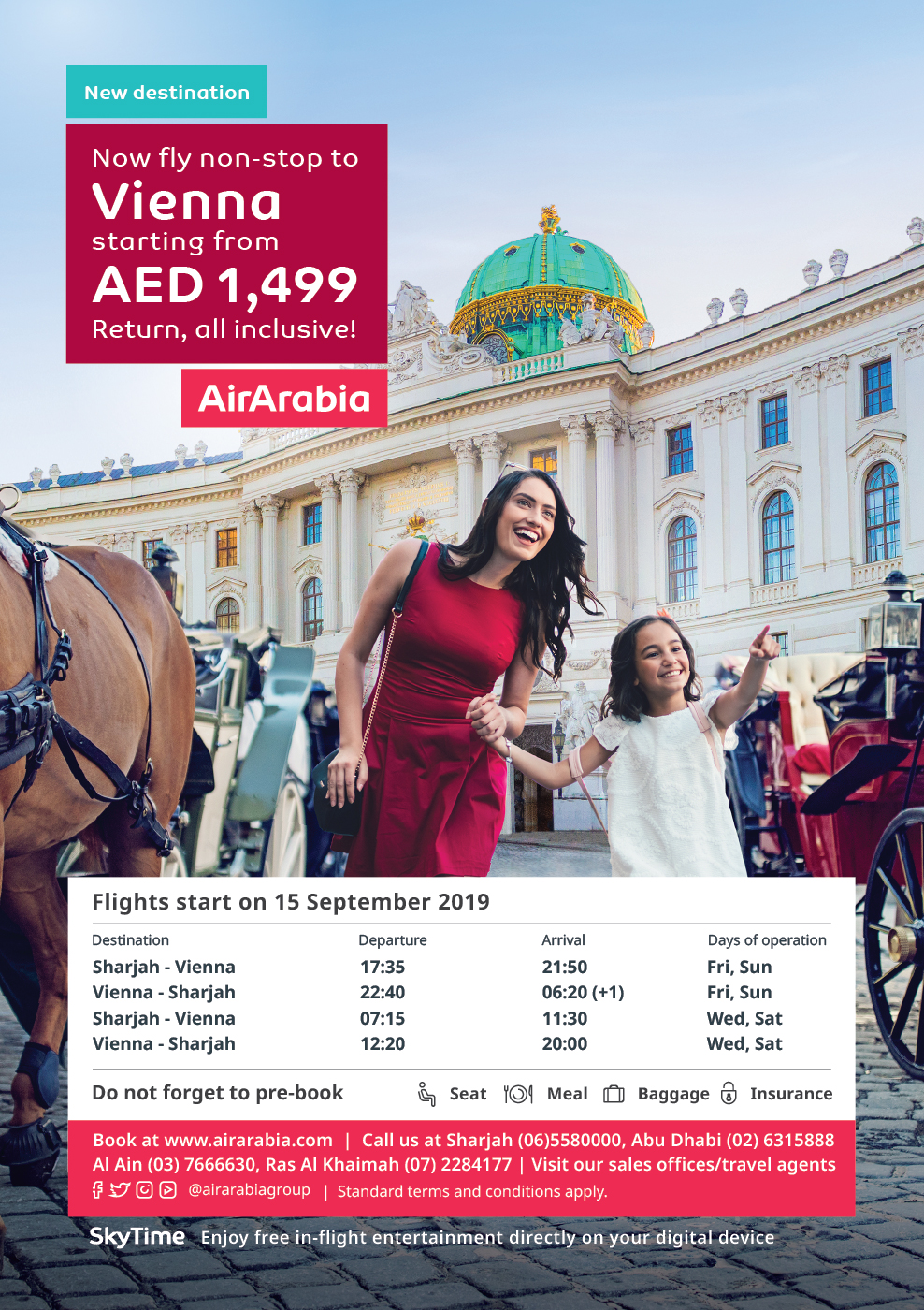 This year’s Annual General Meeting will be online, ensuring ease of access for members a...

The most-awaited party of the year!...